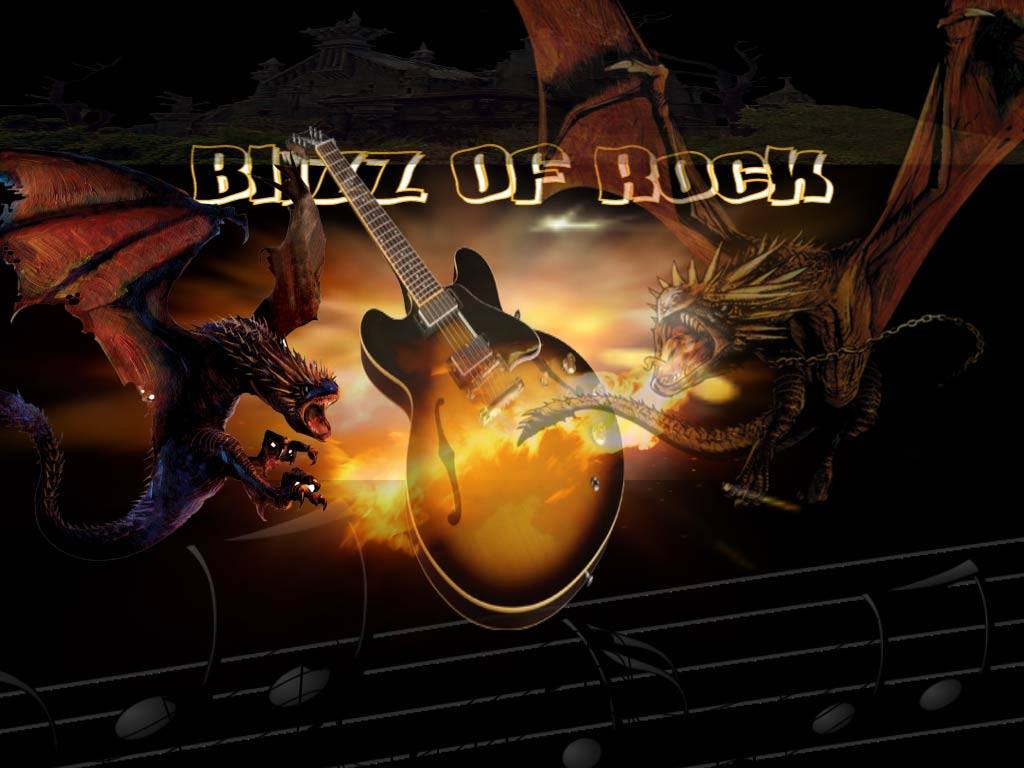 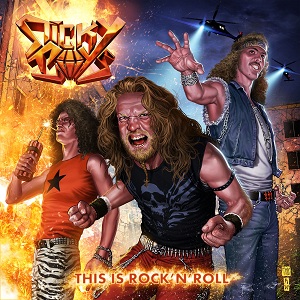 Hello Tom Bullot and Sticky Boys, thank you for taking time to give Blizz Of Rock this interview 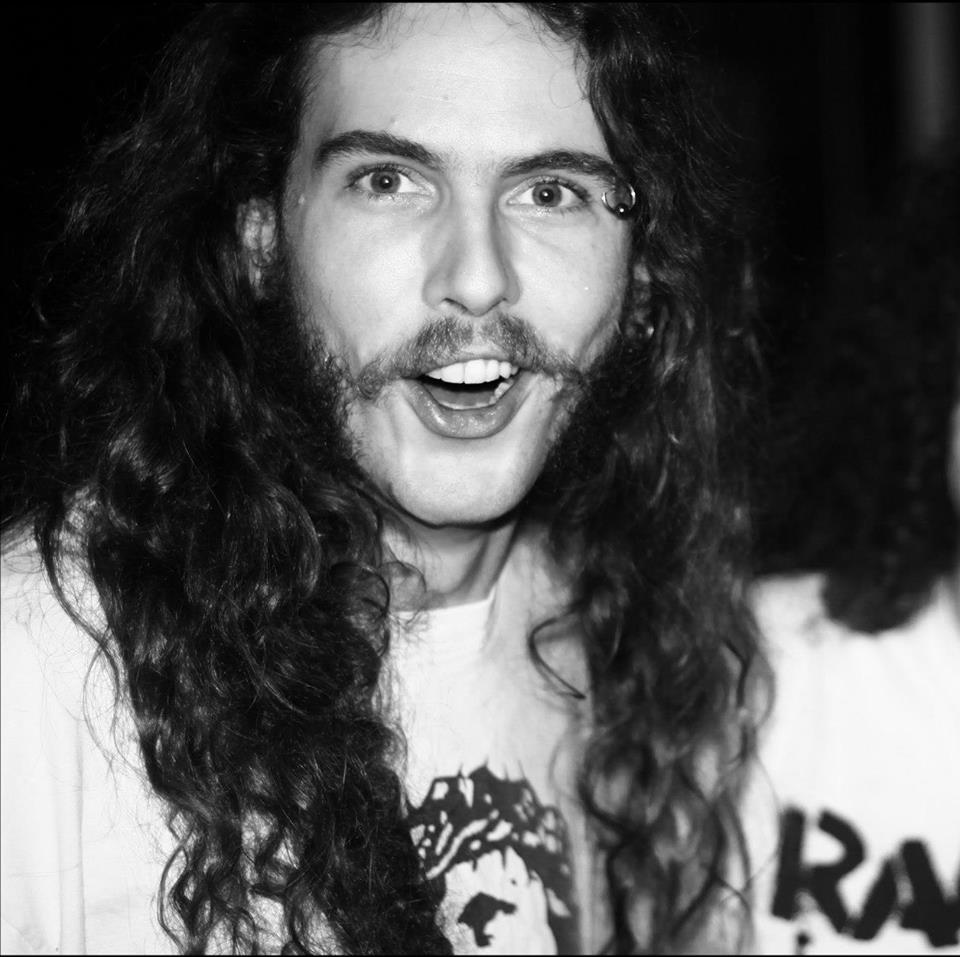 How you feeling, Tom?

Feeling great, I’m glad to talk to you and your readers!

Likewise, brother! How did you guys come up with the name Sticky Boys?

Well, at that time we were a pure dirty rock band, practicing every morning and evening in a rotten underground cellar of a building in Paris. We got all dirty and sticky with sweat every day and night. That’s where it came from.

Please Tell me Tom, when was the band Sticky Boys formed?

Alex and I had been forming rock bands for ages, trying to find the right musicians for the right style. It was a pain, and failed dozens of times. After a few years, we decided to start a new project from scratch, just the two of us, and play basic rock’n’roll. For the first time, it worked quite well. And it worked so good that we wanted to have a bassist to setup a full band. First one we tried was JB. It felt perfect on the first try. It was in 2008; Sticky Boys was born as a band.

How would you describe your muisc? 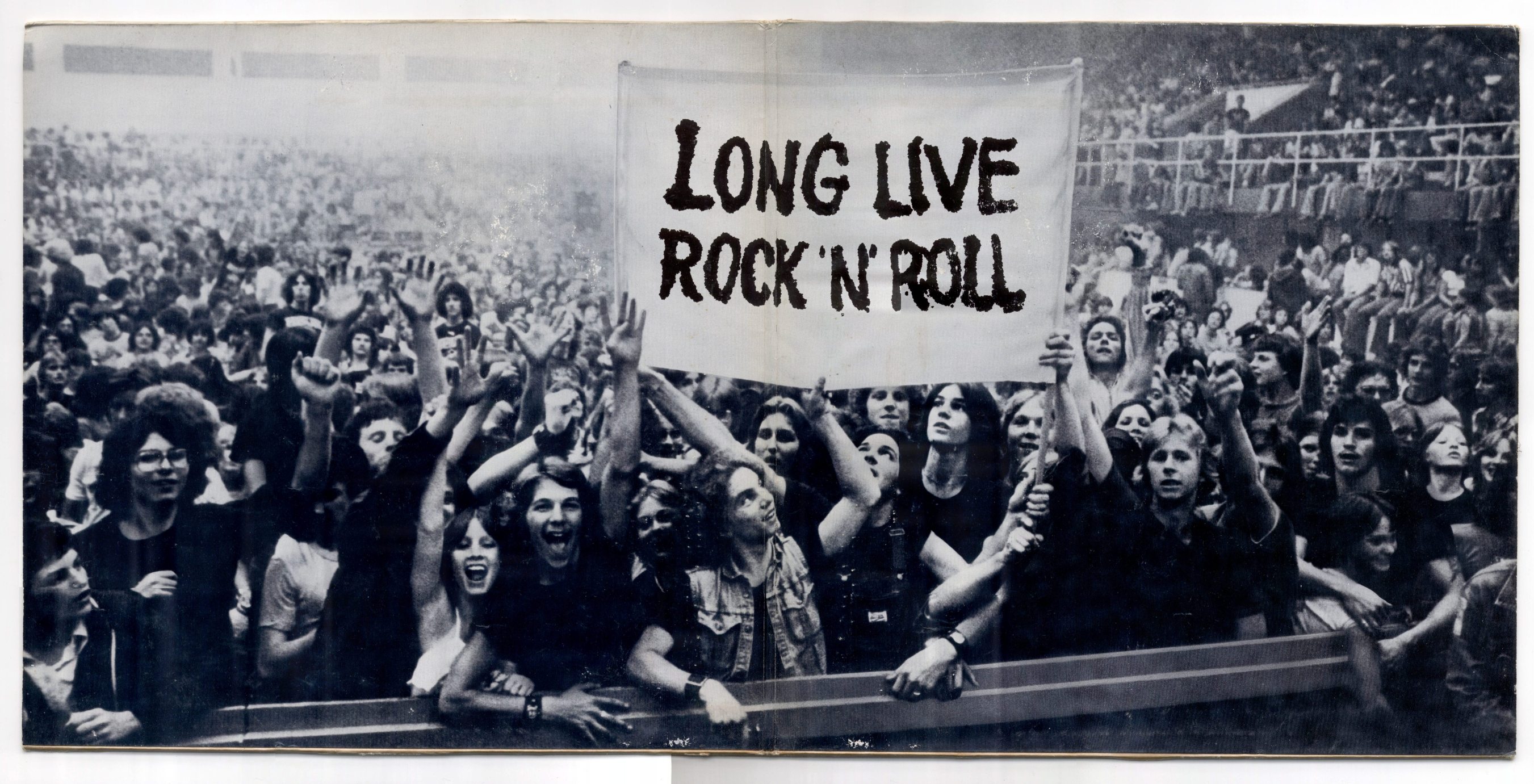 Yeah, probably. We’ve been influenced by all the bands we’ve loved since we’ve been listening to rock music. Including the most obvious ACDC and Motorhead, but also the early punk music with The Clash, the classic hard rock music with Deep Purple or Black Sabbath, and the more recent Californian punk with the likes of The Offspring, for example. All of it is inside us, and contributes to what we are and the music we play. 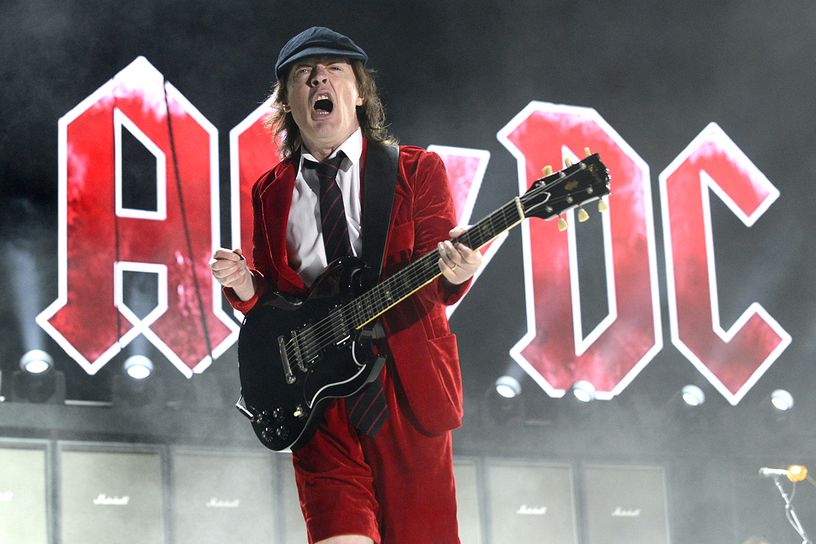 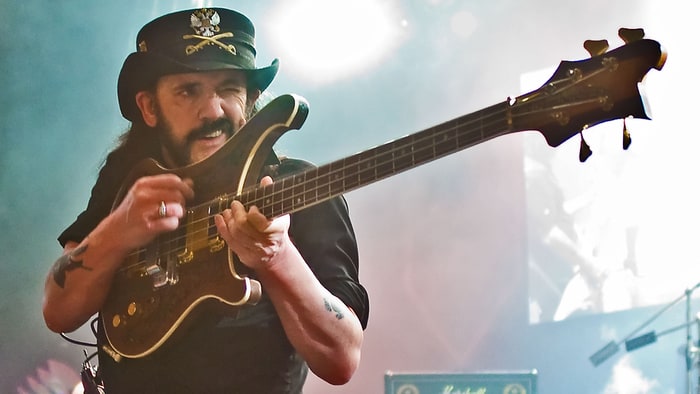 Do you know of another band from France, maybe a band called «Shannon»?

I’ve read the name somewhere, but unfortunately we’re not very aware of what’s happening in the hard rock scene in France. We’re mostly focused on writing our own songs and trying to play good live shows. But I’ll go listen to that, thanks for the recommendation!

What do you think about Spotify? Is it easy to reach out to your fans through spotify?

We don’t really have an opinion on this. I guess we’re more traditional people and we like to play our old records on our old sound system. I guess you can find our albums on Spotify, but, but be honest, I haven’t even tried!

Listen to Sticky Boys at Spotify

Your first album came out in 2012 called «This is Rock N Roll» How did that come about?

We recorded it in 2010 actually. It was the first songs we wrote as a band. We wanted it to sound loud and massive. And to be a very heavy first album. The tunes are simple, straight to the point, with very little space for subtlety.

Tom, how long have you hamring those drums? And when did you buy your first drum kit? 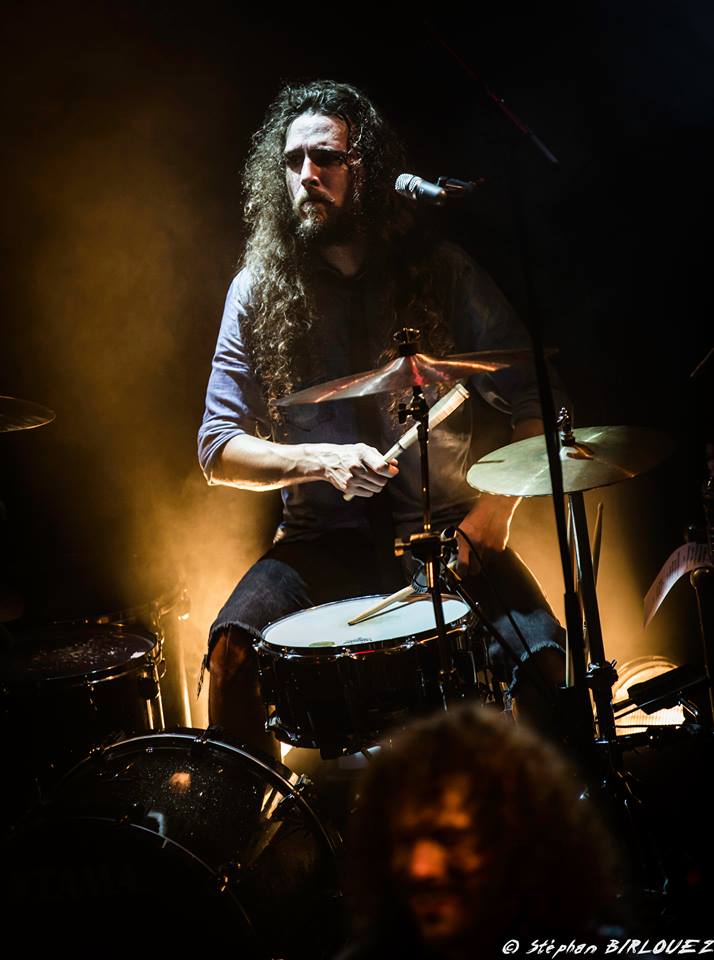 I’ve been drumming since I’m a kid. My parents bought me a first toy kit when I was 5 years old!

The song «Rock N Roll Nation» is a fantastic song, who wrote this song?

We wrote it as a band. Alex (guitars) mostly comes with ideas of riffs and song structure. I write most of the texts and JB provides all the arrangements. Then we put it all together and play the song. If something doesn’t sound right, then we keep writing.

«Fat Boy Charlie» What is this song about?

This song is about the young boy in class that nobody likes because he might be different. We root for the boy. Kids can be harsh to each other, and many may suffer of this. 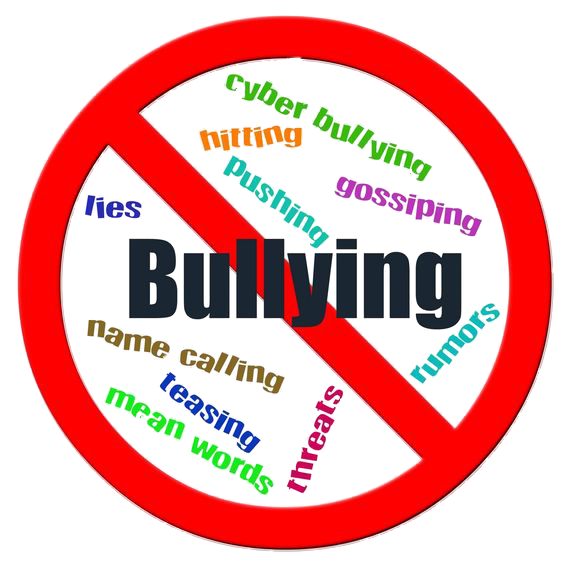 Would you say a good rock n roll song need a good lyric?

Another album came out in 2014, called «Make Art» What did you do different with this album?

It’s definitely richer in terms of writing and production. Having more experience in song writing, we were able to put more intensity and more variation into this one. We’re really proud of it.

My favorite track would be Uncle Rock!!! What a great song, Tom!!!

Who came up with this rock n roll song?

Thank you! It’s always the same process with all songs, it’s collective work. Alex may come with riffs, I may come with lyrics, but it’s the three of us that create the song and put it together.

Do you have any favorite track on this album?

I don’t know, they’re all very personal and it’s really hard to pick one. I like the song Make Art very much.

Oh, it’s very broad, really. And we like it that way. We believe rock’n’roll is music for everybody. It shouldn’t be limited to this or that class of ages.

Would Sticky Boys do cover songs? Or do you have enough Material on your own?

No cover song. The original band probably play it better than we would!

Hahaha, I doubt that 😉

When will the next album be released?

We don’t have a release date we can communicate at that time, but we’re already working on new material!

I see that you guys are touring France and Spain, what about Sweden/Norway/Germany/USA?

We play gigs wherever we can. But each country has its own specificities and local scene, we’re already proud to be requested in Spain, Germany and Belgium. And we’re expecting more development in Europe for the near future. 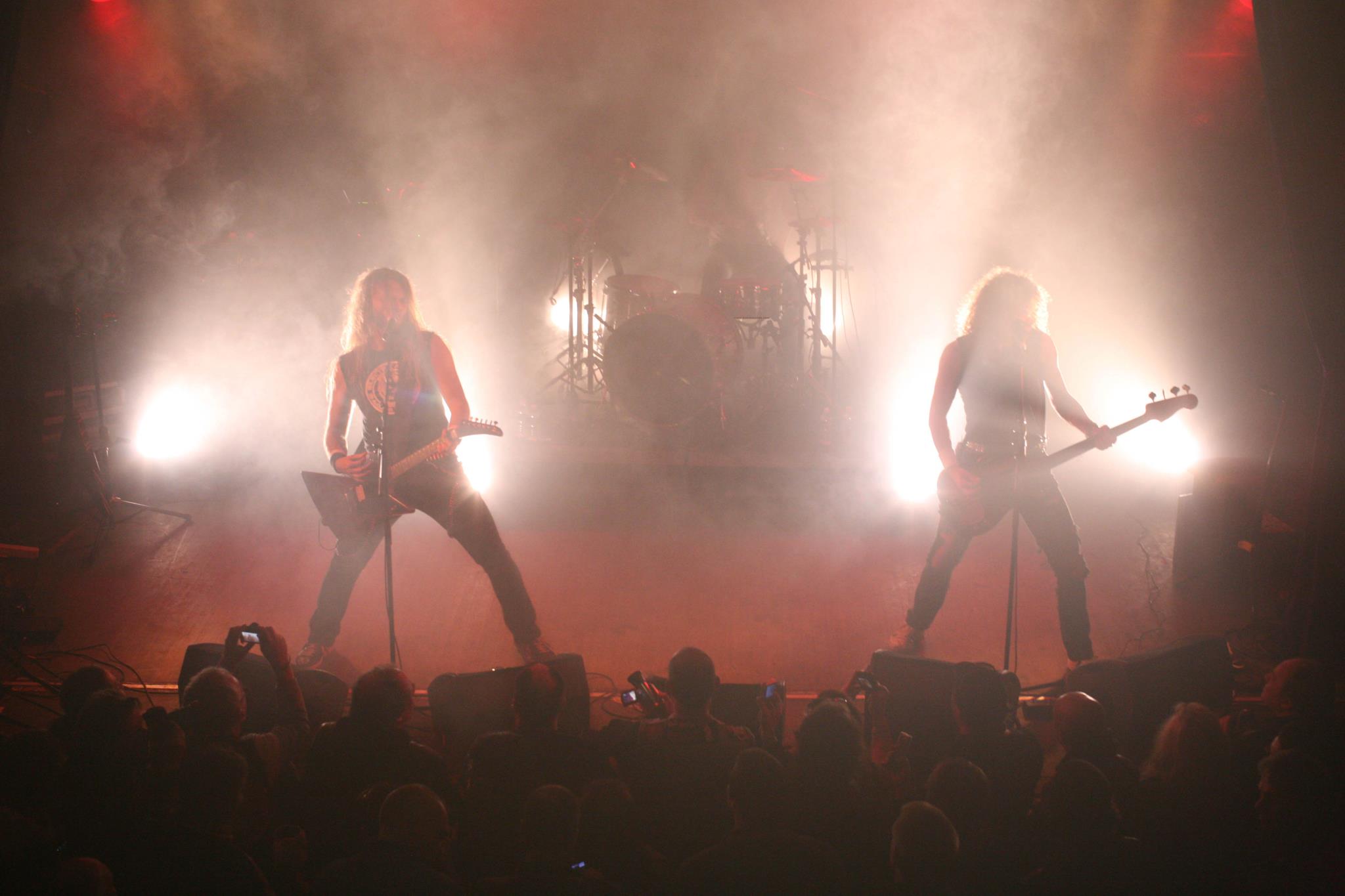 Where can we get your music, beside spotify as I mention earlier?

It’s available for order in all records shops I guess. If not, let us know and we’ll talk to the label!

Any bands or artists you would love to have with you on tour?

We meet so many fantastic bands and people on tour. We really don’t want it to be otherwise, and we take it as it comes. I could say I want this or that band with us, but maybe that would be a disappointment in the end, and I would regret. So, no, we want to meet unexpected people and get to make new friends!

I have a special thing for Wacken Open Air, which was the first metal festival I attended, and which I attended 10 times in a row!

Would you say there are to few bands that play this kind of music?

Oh, I don’t know, we just play it because we like to. Maybe other people like to play other stuff, and that’s alright. It’s nice to be one of the few bands in France that still play our music style!

Tom, Do you play any other instrument?

Nope, only drums. Never tried anything else. And I wouldn’t want to. I’ve got my band and my instrument, and I feel right this way. 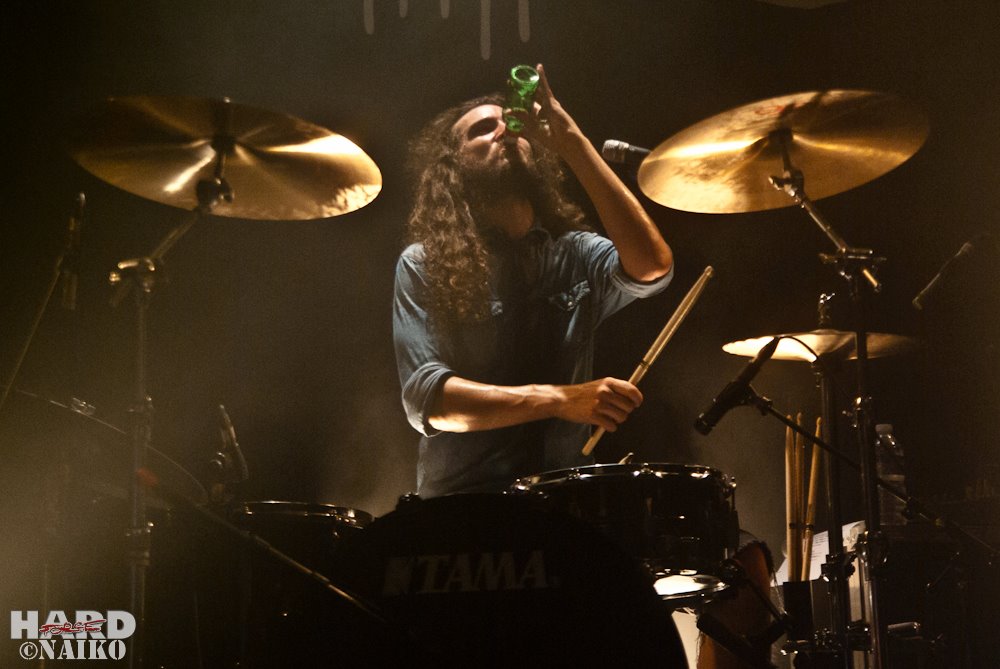 Yeah, sure, everybody should play our music. If they want to. Simple as that!

Do you have any good advice for our younger generation? I mean if someone want to start up a band and live their dream as a rock N roll band

My advice: don’t listen to any advice! Play what you feel like playing, work hard, and just do what you like!

Which Musician would you bring back to life if you could?

Bon Scott, for sure 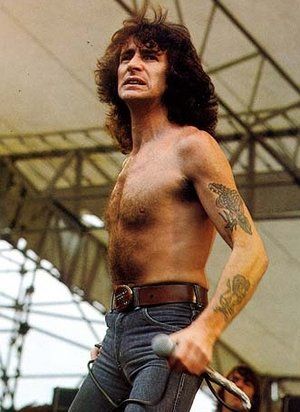 What would you say is your highlight in life?

Being on stage with my boys. Anywhere. Playing on a mainstage at Hellfest was awesome.

Hm. Not much actually.

Is there any stories that have not been told that you find funny to tell us?

Haha no! What wasn’t told is bound to stay untold! 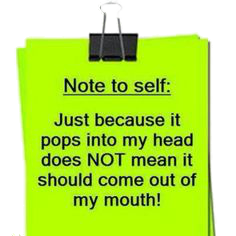 Really, I have no idea. There’s so much pain and misery right now all over this poor planet, unfortunately, we’d have a to broad choice.

I let you decide that for yourself!

Keep up with rock’n’roll, make bands, attend shows, go to festivals, and enjoy that crazy life! 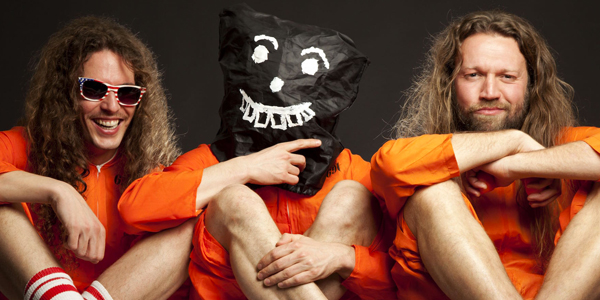 Thank you so much for taking time to do this interview, Tom and Sticky Boys

Don’t forget to stop by their webpage